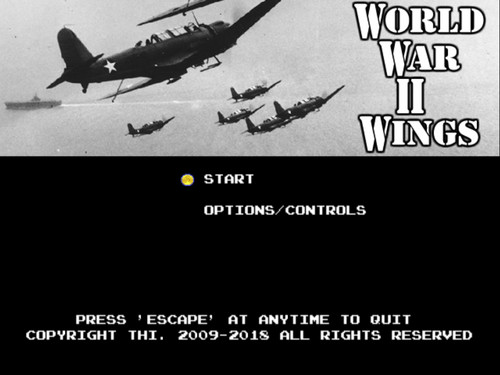 The official release of World War II Wings is now available for purchase! An isometric retro World War 2 shooter based in the pacific theatre. All vehicles are based off actual planes, ships and tanks from the actual conflict in the eastern hemisphere. This project has been a labour of love, but damn if it wasn't hard to make. (^-^)  Completing this project has given me an appreciation for all 3/4ths view or isometric games of the past and those made in the future.

I am planning another release for this game: a version for Android & iPhone. If this includes any actual gameplay updates, I'll include them in an update for the Windows version as well (that will be free to those who purchase this 5.1 release for Windows).

This will not be released on Mac or Linux, but using Wine you should hopefully be able to play it without issue. Additionally, for Linux there is a program called 'PlayonLinux' available for Fedora 8 that may be useful.